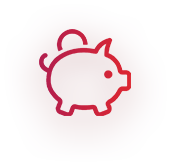 Since it was established as a cord blood bank, FamiCord focuses mainly on providing cord blood banking services to families in Europe. The majority of our customers are contacted by FamiCord’s own personnel, in some countries specialized agents are appointed.

FamiCord’s role is to collect, process, test and store cord blood. Cord blood derived stem cells are released from storage for transplantation when it is needed. FamiCord specialists are actively supporting this life saving process, which has been proven by more than 1000 successful transplantations carried out in several transplantation clinics located in different countries and continents. In 2015 Institute of Stem Cells Therapies was established, its aim is to introduce therapies using mesenchymal stem cells.

FamiCord laboratories also process other tissues (i.e. umbilical cord tissue, placenta) which are a rich source of mesenchymal stem cells. These cells have also been used for transplantations .In 2015, FamiCord AG in Switzerland was established, as well as the Institute of Stem Cells Therapies, which aims to introduce therapies using mesenchymal stem cells.